Would you rather ... safari or dive on a reef? 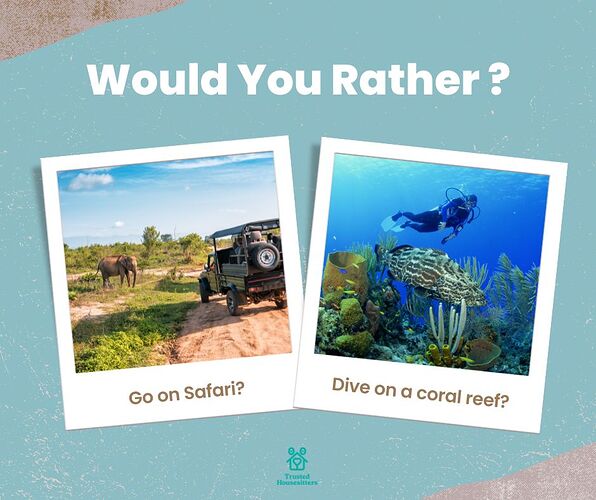 Ive been on two safari holidays… and I’m not a good swimmer… so that’s an easy choice!

Definitely a safari! Ever since I was a kid, it’s been a dream of mine.

Where did you go @Ketch ? Did you see all the wildlife you hoped to?

You should look for a sit in Africa!! I know they don’t come up so frequently, but I know several people (including us

) who have had sits where we’ve been able to tag a safari on the end! Make your dream come true

Yes! Both are fab.

Both if I won a free trip!

but as a diver and someone that tries to go on a dive trip once per year I would choose the Safari since I have not yet had the opportunity to do that yet.

Definitely NOT diving … picture this Great Barrier Reef dive platform under the water desperately holding on to a guy rope. In the opposite direction comes a young lad who is not going to let go, neither am I this is keeping me alive … I lived to tell the awful tale of being under water which just isn’t natural to me. There’s an equally OMGoodness story about diving in Acapulco after a 30 min lesson in the hotel pool … but that’s for later. 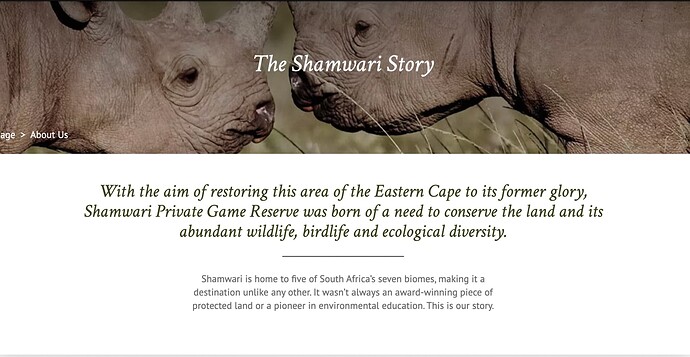 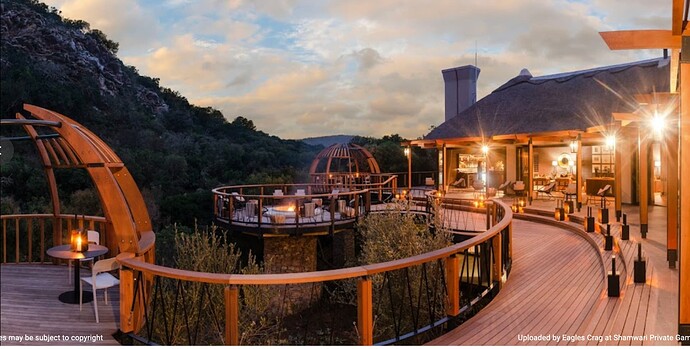 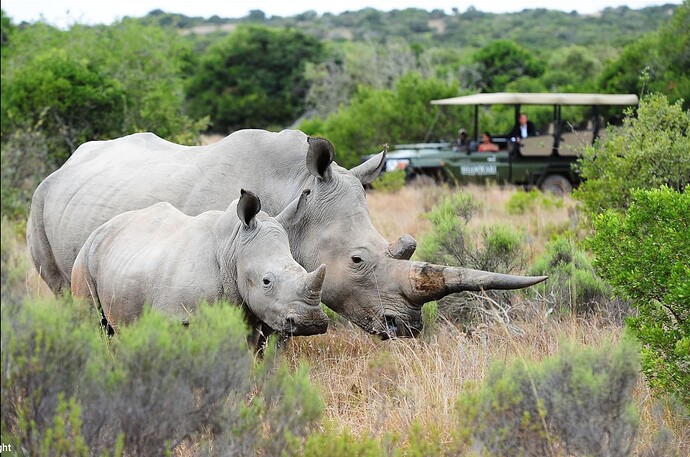 Dive. I need to be near/on/in water. But really, more of a sail and snorkle adventure than a proper dive.

Definitely safari - already been on one in South Africa. Been to the Great Barrier Reef too but didn’t go in the water. Almost drowned on a whitewater rafting trip in Costa Rica so not a great water lover! My other love is zip lining! Would rather be up in the air than in the water!

@Angela-HeadOfCommunity Shamwari is the reason I said safari - I’d love to go back. I think we were at Riverdene Lodge which seems to have changed a lot since 2008. Lovely trip down memory lane looking at the website!

@Debbie it truly is a magical place, my daughter was the inspiration for our trip she volunteered there two years running while at Vet School and I’m sure will return for a third time one day, perhaps with her own daughter.

I’m a water baby so diving or snorkelling although I’ve had a few scares. Going down the boat ladder in a bay in the Bahamas I ducked my head under the water to check the bottom of the boat only to realise we were surrounded by a dozen sharks. I think they were nurse sharks, so harmless, but I wasn’t sure. Haven’t gone back up a ladder as quick before or since.
A safari is on the bucket list but I dislike organised trips so I would have to chose carefully.

After living & working in Kenya for a few years, we used to say “seen one lion, seen ‘em all” but also having done dive training there & even when seeing the magical underwater world I was scared witless all the time unless transfixed by something beautiful but harmless

@Globetrotter - I know how bad water experiences can knock confidence. I still haven’t done white water rapids, as I have a tendency to try and breathe underwater

My very first dive experience was in Kenya while on safari (very scant instruction and in days before backup regulators) and our dive leader inadvertently knocked the regulator out of my mouth while linking arms with me to take me over a deep ledge, and it wouldn’t work again. I was taken to surface sharing air (in a quiet limp panic mode I might add) being thumped in the chest each time I took a gulp of water. I also thought I might die but then as soon as I got to air, all was good. Took me 4 years to try again when I did a full 2 week PADI course in Cornwall UK, and have now been diving for years all over the world. I’m not a natural underwater person, so it’s always a bit of a challenge

@saltrams That’s like that moment when first on safari where you see an elephant and get SOOOO excited. Then 3 hours later, when someone says “over there!” and you look and see, “oh… another elephant”

Although, I have to say I could sit and watch them interacting all day!!

@Vanessa-ForumCMgr Absolutely! Elephants are the exception to the lion rule

. Also, I would be proactive and point out a shape lurking in the grass some distance away & the guide would say “that is a fully grown rock, madam”

Canoe trip on the Lower Zambezi (I was in the canoe behind): 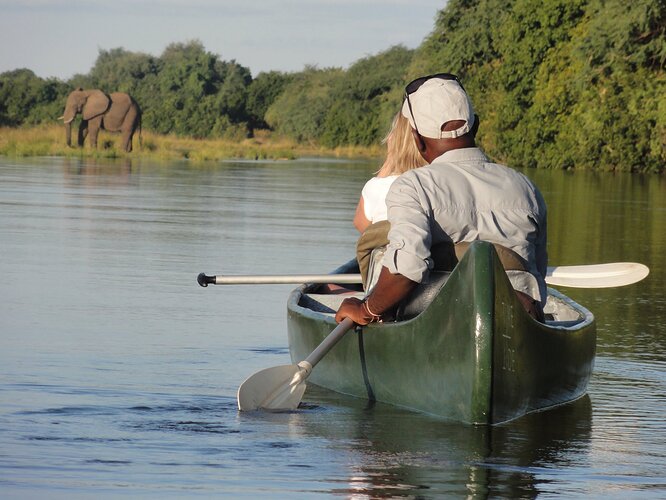 We spent 79 days on a small group trip from Nairobi to Kigali and then Nairobi to Cape Town. We loved it and are looking forward to going back and exploring other parts of Africa.

One of the highlights of our trip was sitting at a water hole in Etosha National Park in Namibia as afternoon gave way to dusk. We watched as the animals came and went and noticed one young giraffe at the edge of the water. All the other giraffes were a ways off, under the trees.

A pride of 13 lions arrived, and, after getting a drink, three of them decided to go check out the giraffe. Only the rhinos in between the lions and the giraffe were having none of that. The largest male backed up to get in the way, then turned and looked the lead lion in the eyes, as if to say “not on my watch you won’t.” This happened two more times, lions moving to go around the rhino, and rhino moving back into their path. The poor giraffe stood stock still. The whole thing lasted probably 20 minutes.

Finally the leader of the pride decided it was time to move on, so they did. It was only then that the young giraffe was able to bend down to get a drink. 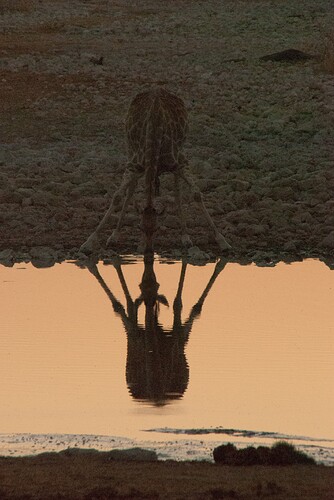 A rhino staring down some lions for the sake of a giraffe? Watching that changed my impression of the hierarchy of power at a waterhole.