It takes about 13 days from Cape Verde to Barbados. The cost is negligible as long as you have a blue water yacht and the wind blows.
Only kidding. But that’s the way we crossed the Atlantic Ocean. Most cruises are Southampton to New York and can be cheap if you choose the right time of year - when the cruise liners are shifting location for winter/summer cruises.
It’s something I would like to do as well.

This time we are traveling from Copenhagen to Boston. Each transatlantic cruise is priced differently, depending on the ship, itinerary, cruise line and location. We don’t typically consider this just transportation, because food, accommodations, port stops and entertainment are included for 14 days. It’s our way of slow-rolling travel. That being said, this particular cruise includes 6 sea days, 7 port days, cost $1800 for two of us, in total, for an inside cabin.

I think the big cost for us is having to fly to the east coast in order to catch a ship. That’s not much less than flying to Europe. Ah well.

That’s reasonable, especially since it includes food. I’ve been looking for similar but there doesn’t seem to be much between eastern Canada and England or France. And then it costs almost as much to fly to Eastern Canada as it does to fly to Europe so probably not worth it for us.

Ah yes. We will be doing west coast to London next year, not looking forward to that. It’s an evil necessity for me. After 6 hours on a plane I get very jumpy.

We fly that route at least once a year. Our fave is Westjet thru Calgary to Gatwick. 8-9 hour flight from Calgary. (We have to fly one hour to Calgary and then a layover). 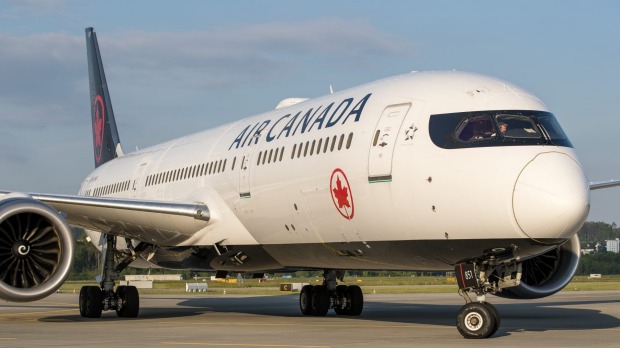 My flight to North America was a nightmare

Travelling to Canada by air is a nightmare right now and you really don't want to have my experience.

This reinforced my plan to use Westjet for some flights.

My advice however you fly to make sure you have at least two hours layover. There are lots of delayed flights these days and although it’s quite possible to book connecting flights with only an hour or so between, I would not advise it. Even before COVID, we missed our flight to London because our first flight was delayed and we didn’t have enough time to make the connecting flight. We now make sure we have a minimum of 3 hours between our local flight and our trans-atlantic flight.

@Kelownagurl This may not be useful to you right now, but you may want to check out repositioningcruises.com. Some go for unbelievably low prices.

@RunnerC @Kelownagurl For what it’s worth, I have had nothing but good experiences with Air Canada throughout Covid. Plenty of lost luggage stories these days from all airlines, including WestJet. I’ve been pretty lucky with most airlines though.

When I landed in Toronto from Costa Rica in May we had to wait an hour before deplaning because customs was so busy but that’s not Air Canada‘s fault, that’s on Pearson being a terrible place to work and short staffed as a result. I felt really bad for the staff who are only paid until the plane touches the ground, they were tired and overworked and still doing a great job.

In Canada it’s the real budget airlines you want to stay away from, Flair or Swoop are especially bad for cancelling flights and leaving people stranded.

I’m flying Toronto to Dublin with AerLingus at the beginning of August, crossing my fingers it doesn’t get cancelled!

Hi - I am a NZ-er living in Europe and we try to go there to escape the Scandinavian winters. I belong to a NZ housesitting company called The Housesitting Company. Have done multiple sits with them in various parts of NZ and they were very helpful. There are some companies that don’t offer such great service there so do your research. Here is their link for you info@housesitters.co.nz

On AerLingus, we flew with them about a month ago and we were not impressed. We were traveling from Boston to Brussels, with a connection in Dublin. We were ticketed for the whole trip in Boston and the first leg went fine. As we were checking our bag in at the Dublin ticket window, the baghandler casually asked if we were staying in Dublin for awhile. We said no we were ticketed through to Brussels. The agent examining our ticket said, “go over there and talk to the manager”. That’s when we learned that there was a 24-hour strike at Brussels airport and AerLingus had cancelled our flight. The strike wasn’t their fault of course and no planes were being allowed to fly out of Brussels so it makes sense to cancel, but we felt that we could have been told earlier and had more time to prepare. Also, our bags were nearly sent on.

The first thing the manager said was, well, we’re going to have to book you on Wednesday (three days later). We said that wouldn’t work as we had an appointment two days away (the sit). After what was probably an hour, Aerlingus rerouted us to Paris and we spent the night in Paris and then took a Flixbus to Antwerp, Belgium the next day. We did not receive any vouchers or compensation so the airbnb for that night was on us. However, we had a really nice time that evening in the charming little french town of Roussey outside of Charles De Gaulle airport and we did make the sit on time.

As a side note, while we were waiting in the Aerlingus manager’s line we talked with others inconvenienced for the same reason but more distressed because they had jobs to return to. We also heard multiple parties talking with the manager about how their bags had been lost, in one case for 72 hours.

I am concerned about our return trip on Aerlingus and I hope that we find a better situation but I’m also looking at backup plans. We return a month from now so perhaps things will be smoother. I certainly hope so, but one part of adaptability is good planning.

We have to be able to roll with whatever travel fate we are dealt. Sounds like the Paris stopover and the Flix bus solution worked out. No matter what’s happening in the airports or the train station, Flix bus will eventually get you there. Hope your return is let stressful! Enjoy Belgium

Yes, Flix Bus has bailed us out twice this Europe trip. After the sit in Brussels (which we really enjoyed) we were scheduled to go to Caen France to be tourists for a few days. The SCNR train was canceled from Paris to Caen due to a 24-hour strike and we couldn’t get another train, but Flixbus always seems to be going where we want to go and when. In our experience it’s dependable and pretty comfortable too, with a good bathroom and nice seats. We’re in London now for a month-long sit with a wonderful dog in a nice home. All’s good, thanks for the well wishes.

Eek, well fingers crossing my trip is less eventful. I am flying direct and only ever take carryon so that usually helps. Sounds like you made the best of it though!

Being flexible is the new normal. I’ve been lucky with only 1 recent inconvenience - returning home on 16 May from 6 week of UK sits, my last flight from Boston to Washington was diverted to Charlottesville, Va because of weather. I ended up spending the night in Charlottesville at my expense but my annual Allianz travel insurance policy paid the expenses. Such annual policies are worth considering in these crazy times.

For anyone flying to or from an EU country - if your flight is cancelled/delayed/etc, you may be entitled to compensation: Flight Compensation Regulation - Wikipedia.

My DUB-DFW flight in May was cancelled and I filed a claim with American Airlines. I was offered the 600 euros or an $800 travel credit. Following my example, my friend claimed for a cancelled flight 6 months earlier, and he got the same offer.

We’ve used FlixBus quite a bit when we arrived in Spain back in May. It looks like you will be at the meet up on the 26th @AnnieNai we swap bus stories

I considered booking Icelandair but my carryon is 21” x 14” x 8.5” and while the total number of inches complies, the depth of my luggage is 0.7” larger than their requirement and I was afraid I would be forced to check it, so I booked the flight on United.

@teddypdx , As you have flown Icelandair, do you think my carry on would make it into the overhead compartment?

Here are their requirements:

For the trip I’m on now I considered trying to go with just carryon instead of checking a bag as I normally do, but I was worried about Icelandair’s stingy size limitations. I can only tell you that I saw many people carrying on bags that I thought were HUGE and clearly not within the stated dimensions!