8 facts about Newfoundlands (that we bet you didn't know)

Newfoundland dogs are a pet lover’s dream - these giant fur babies are just as big on love as they are on fluff. We’re huge fans of these gentle giants, so we’ve got eight Newfoundland dog facts to make you adore these BFFGs (Big Fluffy Friendly Giants) just as much as we do!

8 fun facts about Newfoundland dogs that will make you fall head over tails for these gentle giants.

Have you ever been owned or sat by one of these amazing creatures?
Share your Newfie Story with us …

@Angela-HeadOfCommunity We would absolutely love to look after one at some point… they are so gorgeous!

Newfoundlands are my cousin’s favorite dog. He’s a vet and full professor at a school of veterinary medicine in the US.

They drool a lot though……

This bread are so cute! 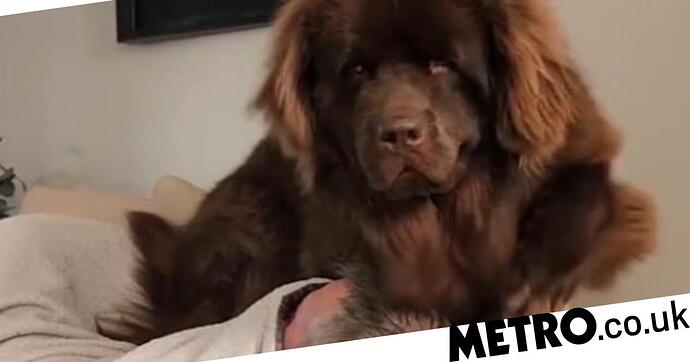 'Clumsy' one-year-old Franklyn may be nine stone, but still thinks he's a lapdog.

Looked after two St Bernards! Kate and Ella and also had our boxer with us too. First time he met Kate was just hilarious! He was terrified! then, after some coaxing and some fun walks on lead with them, they actually became best friends and were inseperable. We housesat repeatedly for the owners and they even looked after Wilson (our boxer) while we went overseas! So all in all, they were by far the worst as far as introductions were concerned, but the best for a long term relationship between them and also the humans. They have long since passed, but the owners who we still see - (actually ended up being our daughters God-grandparents) now have a groodle called ‘Henry’!!! Huge jump from two St Bernards to a groodle!! LOL!!

As an addendum, I would never have one myself, too much hair and grooming. Not too bad for (congenital) health issues though, not as bad as boxers.