Are we all speaking the same English language? 😜😏

Very occasionally you may come across a house where the bathroom doesn’t contain a toilet. My in-laws a 1960s house used to have a separate toilet room next to the bathroom until they redesigned it and knocked both rooms into one. The bathroom just had the bath/shower and washbasin.

Hi @mars Most of the versions you’ve mentioned would be used and understood in my area of Canada (southern Ontario), and I’ve seen most of them in public places. In a home, someone is likely to ask to use the washroom or bathroom. I think asking to use the toilet is used far less often here. Although many understand ‘the loo’, it wouldn’t be used. Far fewer people would know the term ‘WC’ and I doubt it’s used here. Keep in mind it’s a big country so in other areas the answer may be quite different. This is just my experience.

In GB, it’s the room with the shag carpeting.

Ah, then here is a useful English tea chart. 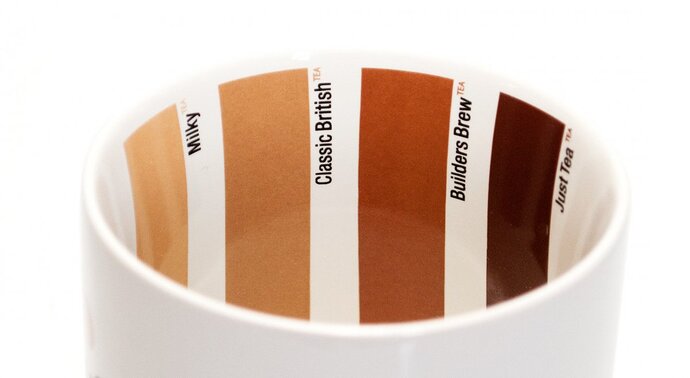 I’ve been married to a Malaysia for 23 years. I still struggle with Manglish most of the time. 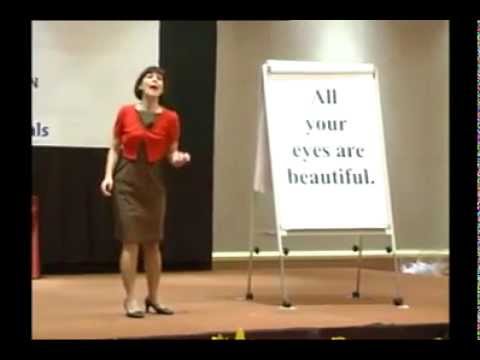 Well even us Cockneys don’t use it quite the way people imagine. We’ll tend to use bit of it within standard English sentences. So I might say “Hello me old China” meaning “Hello mate”.
e.g. China Plate = Mate.

So even if you don’t understand the rhyming slang, you’d usually get the meaning. (I mean you would understand that Hello… meant hello).

In (my part of) of Canada, we mostly say “washroom” or “bathroom” when we mean toilet. Saying “toilet” sounds too specific to us and less private. I suspect we want people to think we’re going in there for some other reason. LOL.

However, I’ve learned to specify toilet when I’m in Europe (in whatever language) and in the UK, I tend to say “the loo” although I don’t actually know if that’s too informal for some places (like a restaurant/pub). Any Brits out there want to enlighten me?

more than 40 years ago for

I still sometimes struggle with the difference between

English. Someone yesterday asked me if I’d had beaver tails, and I vaguely remembered that they’re some type of dessert/pastry in Canada.

It took me a few minutes to understand though.

Today I came across this webpage and thought it might be helpful to others. 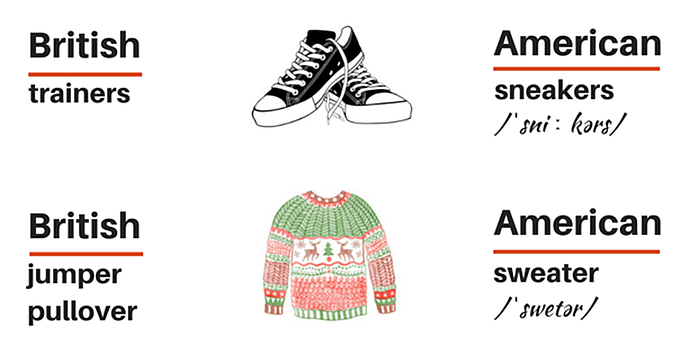 Despite how much the USA and UK have in common, there are enough differences between their two versions of the English language that someone may not always understand exactly what someone from the other country is saying. Fortunately, the US State...

I like builders tea I take my Scottish blend with me. My mother said about weak tea that’s water made worse!

Hi Debbie,
I spent many years in the army with men from the Tees area, the dialect they use is commonly called “Geordie”.
In the mid 80’s I was working in Israel on a Kibbutz and one evening I was discussing dialects with a Norwegian colleague over a beer or three and I gave her a Geordie phrase to mull over and see if she could work out what it meant.
“Gan Yem to see war lass”. It didn’t take her very long because the word “YEM” has the same meaning in Geordie and Norwegian, Home.
Makes me think that Geordie slang is a leftover from when the Norwegians invaded the Northeast of England, stayed and married the local girls all those century’s ago.
A similar movement of language you could use to compare and contrast might be the Cajun language.
Cajuns - Wikipedia

Geordies are from Newcastle - beside the Tyne not the Tees. The river Tees is only a few miles north of my Native North Yorkshire. The river Tyne is a bit further north and the accent there is very different, and much faster. I’d agree that Geordie is one of the hardest accents in the UK to understand.

There’s definitely a lot of Viking words still used in North East England and Scotland. In York, many streets end in “Gate” from the Viking word for street. Coppergate, Spurriergate, Walmgate, Fossgate, Davygate, Jubbergate and of course Whip-ma-whop-ma-gate. I felt really at home in Reykyavik, Iceland where the streets also end in gate. In Scotland churches are Kirks - also the word for church in some Scandinavian countries. It makes complete sense that regional dialects in the North East would also contain some Viking.

In Iceland, a waterfall is a “Foss” e.g. Gullfoss. In Yorkshire (and possibly elsewhere in the North East) many of our waterfalls are called “Force” e.g. Hardraw Force. This must originate from the Viking word. Meanwhile “Foss” is the name of York’s smaller river and means “fast flowing river” - it must have been at one time.

Language can be fascinating!

Sharing from members who posted this on Twitter …
Any more contributions from North of the English border? 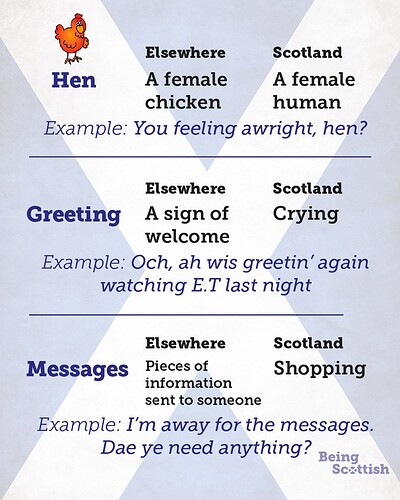 Many moons ago, my husband ventured to Canada on his O.E. & was asking for directions when he heard the expression ‘kitty corner’. He was totally befuddled as he returned to ask for clarification as couldn’t see a pet store

Have You Been Pronouncing These 20 British Place Names Incorrectly? 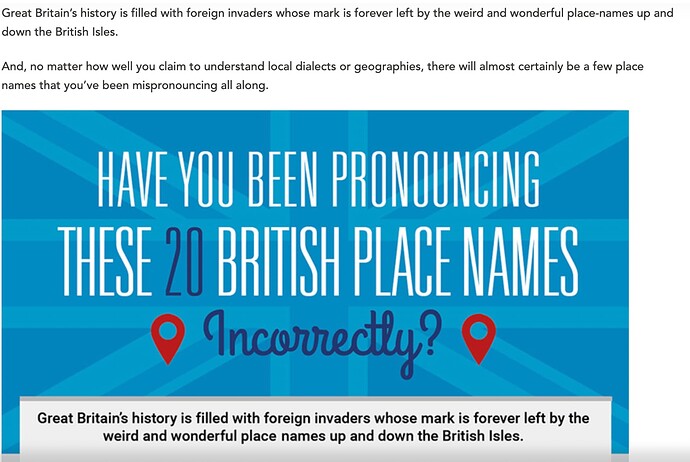 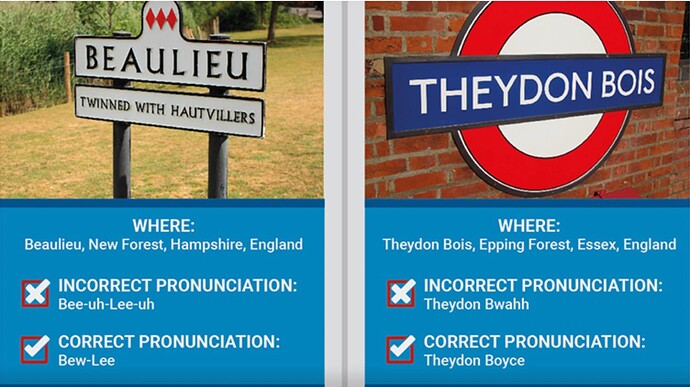 I definitely use the term “kitty corner”

What is a kitty corner?

Do Brits tend to grow up knowing the preferred pronunciation of these place names, or would they make as many errors as, say, a Yank would if they weren’t from the region of the place in question?

Kitty corner = diagonally opposite, typically in reference to buildings on two intersecting streets

@BruceT As a Brit I can confirm that many of us who aren’t familiar with different regions pronounce things incorrectly and we also have regional differences, so southerners might pronounce a town differently to a northerner!

Apparently you have the French to thank for that one!

Interesting. What’s the origin of kitty, rather than saying diagonally?