The last 4 cat sits I did in England since mid-November 2022 have been in cold houses. It has got to the point where I have decided not to do any more cat sits in England during winter. I realise that British people are more accustomed to cold weather than I am but I find it uncomfortable to stay in a cold house during winter.

With temperatures sometimes hovering around zero Celsius and even below zero Celsius, it did not feel as if having the heating on for 2-4 hours per day was sufficient. One place had the heating on for 2 hours per day (one hour in the morning and one hour in the evening) and the three other places had heating on for total 4 hours per day including a house owned by hosts who have small children aged under 5 years old (one a baby aged less than 1 year old). I wonder how/if those kids enjoy the cold. I guess they get used to it from a young age? Ironically, when two of the hosts returned home and we overlapped before I left, they turned on the heat full-blast for many hours in the middle of the day as they obviously felt that their houses were cold.

In future, I will look for cat sits in warmer climates for the period November - February. I am absolutely not a fan of cold English houses!

Do other sitters have experiences of pet sits in cold climates and cold houses?

Speaking as a HO: I always leave my sitters with instructions on how to adjust the heat - they can set it to their comfort level.

I will say that I’ve returned home now twice out of two winter sits with the heat blasting quite a bit warmer than I keep it, but if that’s the price I pay for having my home and cats well taken care of, so be it.

If you’re doing a sit in a cold climate, I don’t think it unreasonable to ask the HO before agreeing to the sit if you’ll have the ability to control the temperature in the home.

I noticed that many people in the UK indeed only have the heating on for a few hours (even before the high energy prices), whereas in many Western European countries, it’s usually on all day.

If you’re looking for warmer climates, beware that many houses in southern Spain or Portugal have no heating at all! During the day it’s usually warm enough, but in the evening/early morning it is super cold! A Swedish (!) friend of mine said she had never been so cold in her life inside a house!

So maybe Nordic countries are the way to go. Even if it’s freezing cold outside, it’s toasty inside!

In the UK I found that 18 degrees Celsius for 4 hours or more usually is sufficient, but perhaps a bit warmer/longer is needed when the temp drops to 5 below zero as it did lately.
One home I stayed in only had heating from 3 radiators in the living room and hallway (but not in bedroom and bathroom) when it was snowing in the UK. Also, no hot water at kitchen and bathroom sinks, but it did have an electric hot shower. It was very cold washing dishes and washing hands in icy cold water!

I was thinking I might try going to the southern hemisphere Oct-Feb where it is summer. If I stayed in Europe/UK over the winter months I would definitely ask a lot more questions about the heating in the hosts’ homes.

@cat.tails That isn’t really normal, not to have hot running water. There was maybe a fault, or the immersion heater was turned off or malfunctioning. (Almost) everyone is conscious of, if not struggling with, energy costs this winter but I’m not sure an HO should be advertising a sit in those Arctic conditions, it isn’t fair.

I should have mentioned that the host had informed me about that beforehand. It seems that is their choice of how to live, just to have a hot water shower but no hot water at the kitchen sink and bathroom wash basin taps. I think it is okay for summer/spring and maybe even autumn months but it was a bit tough during the week when it was snowing in England. Also, due to the nature of the sit, I needed to go in and out around 12 times per day so there was a lot of hand washing involved. I took to wearing gloves so that I could avoid washing my hands in the icy cold water

Hi. On the subject of heating, does anyone know anything about boilers?
We’re currently house-sitting for someone and we arrived six days ago (after the owner had already left) to discover that the pressure on the boiler had dropped at some point before we got there. The owner is abroad but sent us a message explaining how to how to re-fill it. We did that, however, we suddenly heard lots of gushing water and then the pressure dropped again, almost straight away. The owner told us to re-fill it, which we did, but the same thing happened again. This has now happened continuously since 23rd Dec. The only way to keep the pressure up is to refill it every twenty minutes. It doesn’t seem right. We’ve text the owner several times but they seem unbothered and simply tell us to keep re-filling it and do whatever it takes to keep warm. They’re away for another week and we really don’t know what to do about it. We’re very concerned that there’s a bigger problem here and that it needs to be properly fixed. Does anyone have any ideas? Are we worrying unnecessarily?

Hi @Rose_Hill. Welcome to our community here on the forum. I’m sorry to hear about your boiler issues. I’m hoping others here on the forum will be able to share some tips that will help you stabilize it.

How low does the temperature in the house get overnight, when you can’t keep babying the boiler? Are you and the pets safe staying in the house until it’s fixed?

welcome to the forum! I got a notif that this is your first ever post

@Rose_Hill did you try the things recommended by British Gas? 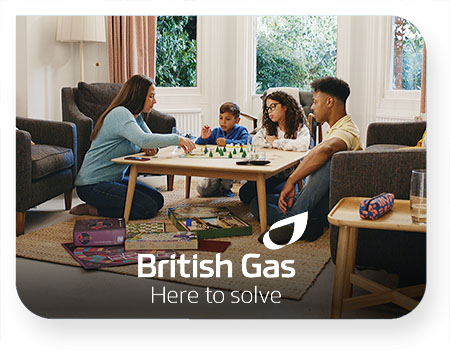 Is your boiler losing pressure? Learn in this guide what is causing the low water pressure, easy steps to fix it and when to contact a British Gas engineer.

There are also quite a few YouTube video on fixing boilers that keep losing pressure.

I hope one of these helps you!

In Europe we are all very conscious of saving energy especially now with the war between Russia and Ukraine which has been costly for us. However we currently have a sitter in Venice, northern Italy temperatures can drop. I spoke with our sitter before leaving and adjusted the thermostat according to when she is home the most and when she gets up in the morning. It’s set at 20°C - 4 hours in the morning and again from 4pm to 10 pm when she goes to bed. We also provided a down comforter on the bed and wool throws on the sofa to wrap up in if it’s chilly. I don’t expect my sitter, nor our pets to have to live in a cold house but try to adjust the heat to where it’s energy -saving but comfortable as well. Same as when we’re home.

Many HOs have central heating contracts where the company would come out and fix the problem. It sounds like they don’t have a contract but ask if they have a plumber who would come out and look at it rather than you having to re-fill it which sounds arduous
Good luck

I am a sitter but own a home in England. While we are at home we have the heating on all day at a very comfortable temperature.
When sitting in the UK we have found that many homes are heated at different temperatures and for different times. Some HOs show us how to override the timings and temperature so that we can put it on if we are cold. We never hesitate in keeping ourselves warm.
Some HOs may be out all day at work or busy in the house so they don’t need the heating on all the time whereas a sitter may be spending more time in the house.
I would hate anyone to think that us Brits live in Arctic conditions!

That sounds like a definite fault, I only have to re pressure my boiler once or twice a year at most. As a HO I would be giving you contact details for my plumber.
It might be worth suggesting they allow you to get someone in as you are worried about long term, expensive damage.
PS - the gushing is a bit unnerving but is part of the process. Definitely Google or Utube if you have the boiler make & model details.
Good luck

Quite surprising that some British people seem to keep their homes so cold! I can confirm that in Iceland and other Scandinavian countries we do like it warm inside! The coldest I have been on a sit was in Northern Italy, zero insulation and zero degrees outside. But I also lived in Greece for a year and we had 20-30 degrees °C and sun in December.

I really feel for you on this. I was born in England and have lived in Scotland most of my life so am certainly no stranger to the cold by any means. To be frank, I reached a point a few weeks ago where I found myself so sick and tired of not ever feeling like I can ever fully warm up. I just hit a wall with my tolerance for the cold and never ending grey skies I think. I’m definitely thinking very seriously now about the possibility of sitting in a warmer climate in the Winter months next year.

In addition to thermals, I now always take a hot water bottle with me on any sit as it helps to take the edge off the extreme cold. I even took my electric blanket with me on my last sit. Some might say that’s a little extreme mind you but I’ve been on sits in the past where I’ve been pretty cold during the night so wanted to make sure I was fully prepared.

that sounds very nice and warm

LOL, it’s true that my impression is definitely that you Brits live in Arctic conditions! At one of the sits I did recently, I was lucky enough to enter the neighbour’s home - they were Romanian and their apartment was very cosy and warm compared to the place I was staying in. It was a pleasure to enjoy the warmth for a little while

I travel with a hot water bottle in winter. In some of the cold houses in Engand I wear hat, coat and gloves inside as well as about three layers of clothes, or snuggle under a blanket to keep warm.