Cocktails Of The World

At this time of year it is nice to get together with friends and family and enjoy a tipple of two! Rather than the ubiquitous glass of Champagne how about sharing a cocktail or even a mocktail? These come in all various shapes and sizes to satisfy any palate, and their origins can be traced to specific locations around the world. The word cocktail may come from the West African Kaketal, meaning ‘scorpion’, which, like a cocktail, has a sting in its tail which, from our own experience is most certainly true. The word cocktail is first known to have entered the world of print in 1798 through the pages of London’s Morning Post and Gazetteer in a satirical comment on the then Prime Minister, William Pitt. This is followed in 1803 when cocktail appeared in a US agricultural newspaper called The Farmer’s Cabinet. Here are some of our favourite cocktails from our travels along with their ingredients and origins. 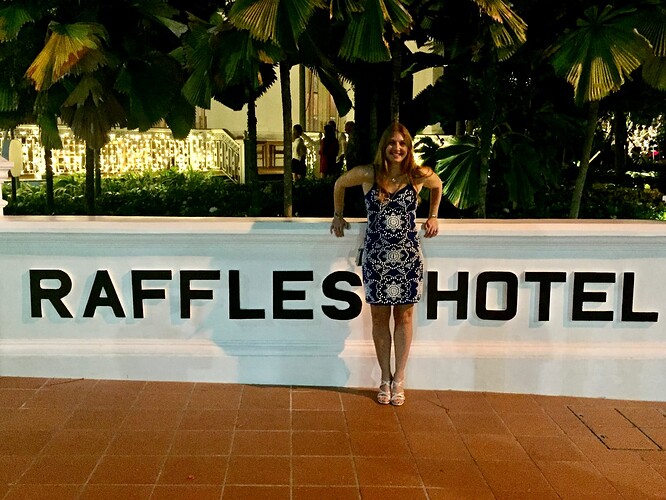 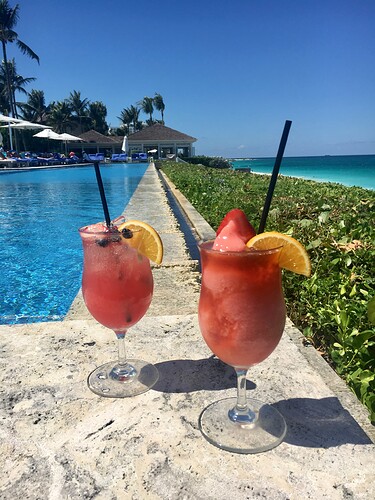 The Daiquiri comes in many forms now, one of our favourites is the strawberry version. Traditionally the Daiquiri is a stirred citrus and rum cocktail with a hint of sugar to add some sweetness that is served over ice. The cocktail is named after the location it was created in - the town of Daiquiri on the southeastern tip of Cuba, and was supposedly invented in 1898 by an American mining engineer named Jennings Co*, (unable to write full surname on here due to censorship). The photo above was taken at the Ocean Club in The Bahamas where they serve a mean Daiquiri! 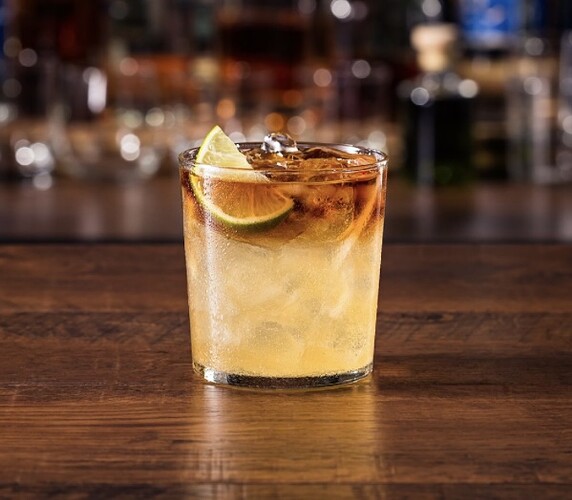 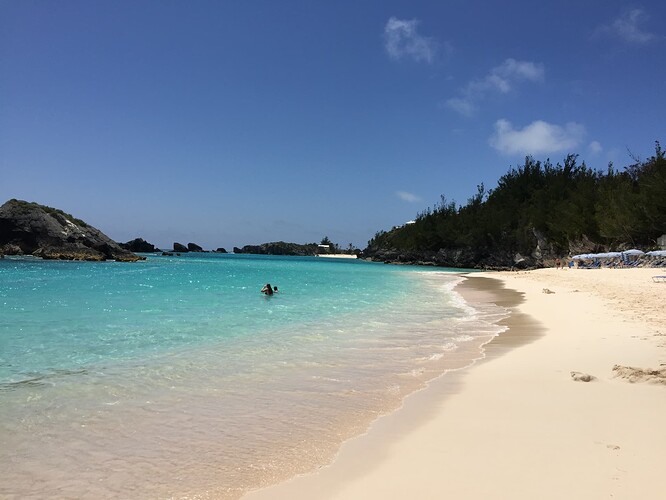 This is a photo from one of our trips at Horseshoe Bay in Bermuda, absolutely stunning! It is also the beach as I fondly remember it where I accidentally dropped my iPhone in the ocean whilst trying to video the beautiful fish!

The story of this cocktail starts in 1806 with a gentleman named James Gosling, who set out on his ship from Gravesend in the UK with the intention of travelling to America. The boat didn’t quite make it to its destination, docking instead in Bermuda. By 1857, Gosling had started a rum business with his family. They started by selling their spirit from a large rum barrel and this allowed the locals to bring their jugs to fill up as required. It didn’t take long before they progressed to sell their rum in Champagne bottles, giving their product the name Black Seal rum.

The rum became very popular on the island, however, the Dark ‘N Stormy cocktail was not born until sometime after the First World War. It is thought to have been created within the Royal Naval Officers Club, who ran a ginger beer factory. They discovered a combination of the two drinks made for a delicious treat. The name was given for the colour of the cocktail, as one sailer is thought to have commented that it looked like a cloud that nobody could hope to sail underneath and come out of it alive.

An added interesting fact is that it is actually illegal to make a Dark ‘N Stormy cocktail without the original ingredients. Even a slight twist on the recipe could get you in to trouble, as the Gosling brothers have trademarked the name and the family have not been afraid to sue anyone caught using the name without the right ingredients. We have always enjoyed a Dark ‘N Stormy to unwind upon arriving on the beautiful island of Bermuda. 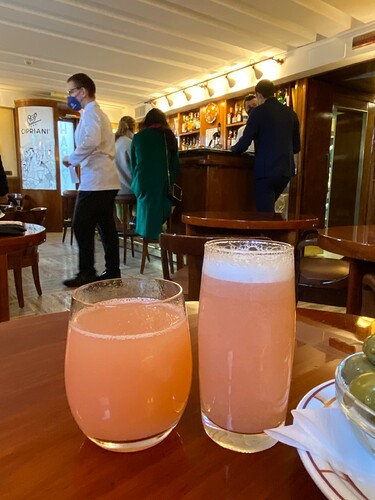 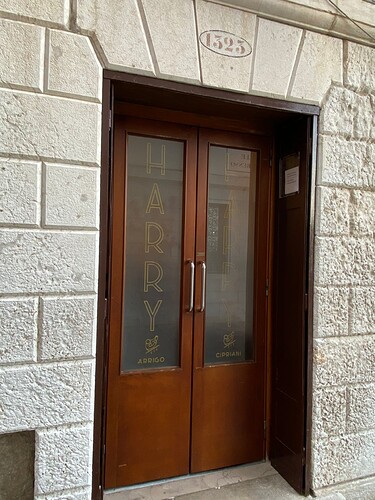 The Bellini was invented sometime between 1934 and 1948 by Guiseppe Cipriani, founder of Harry’s Bar in Venice, Italy. He named the drink the Bellini because its unique pink colour reminded him of the toga of a saint in a painting by 15th century Venetian artist Giovanni Bellini. The drink started as a seasonal speciality at Harry’s Bar as one of the principle ingredients is white peach purée so it could only be made when these were in season. Later, it also became popular at the bar’s New York counterpart. After an entrepreneurial Frenchman setup a business to ship fresh white peach purée to both locations, it became a year round favourite. 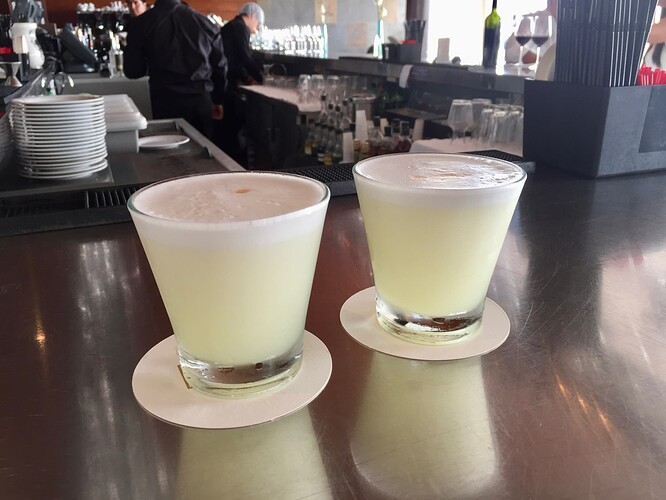 Enjoying Pisco Sours on one of our trips to Cala Restaurant in Lima, Peru.

The Pisco Sour originated in Lima, Peru. It was created by Bartender Victor Vaughan Morris, an American from a respected Mormon family of Welsh ancestry, who moved to Peru in 1904 to work in a railway company. Morris who worked as a floral shop manager in Salt Lake City joined the tycoon Alfred W McCune’s project to construct what was then the highest altitude railway in the world. Morris was tasked with overseeing the festivities the railway’s completion in July 1904. After the nearly 5000 American and Peruvian attendees had consumed all of the available whiskey Morris recalled first mixing pisco in to a cocktail beverage.

In 1916 he opened Morris’ Bar in Lima where he developed the Pisco Sour as a variant of the Whiskey Sour. The Pisco Sour’s initial recipe was that of a simple cocktail. The modern Peruvian version of the recipe was developed by Mario Bruiget, a Peruvian from Chincha Alta who worked under the apprenticeship of Morris starting in July 1924. Bruiget’s recipe added the Angostura bitters and egg white to the mix. 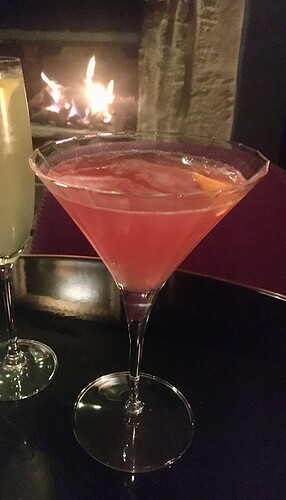 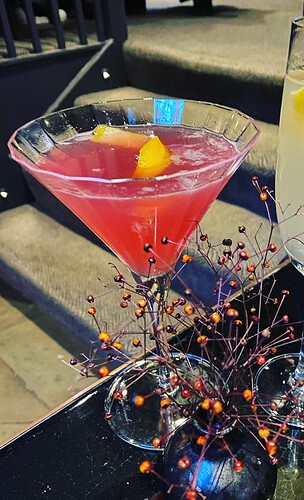 Very few cocktails are as instantly recognisable as the Cosmo. Simple yet iconic, this pretty pink and sour sweet drink was all the rage in the late 90’s after the hit tv show Se* and The City brought it to everyone’s attention. The reach of the Cosmo was said to be unlike any other drink that was created during the 20th century and made a significant impact on the cocktail culture.

At least three people claim to have invented the Cosmo, the first being Cheryl Cook, the Martini Queen of South Beach in the 1980’s. She was surprised at how many people ordered the classic Martini cocktail, just to be seen with the glass in hand. So, she decided to create a new drink that was similar to the Kamikaze but used cranberry juice rather than lime juice in order to sweeten the taste.

Another theory is that a Bartender in New York, Toby Cecchini, invented the cocktail in 1987. After tasting, and disliking, Cheryl Cook’s creation, he added a splash of fresh lime juice to the mix and staked his claim on the cocktail.

Lastly, a Bartender named Neil Murray claims he invented the popular cocktail in the summer of 1975 while working at a Steakhouse in Minneapolis. After experimenting with different versions of the Kamikaze cocktail he added a dash of cranberry juice to the drink. The first person to taste it exclaimed “how cosmopolitan”, which led to the name of the cocktail. 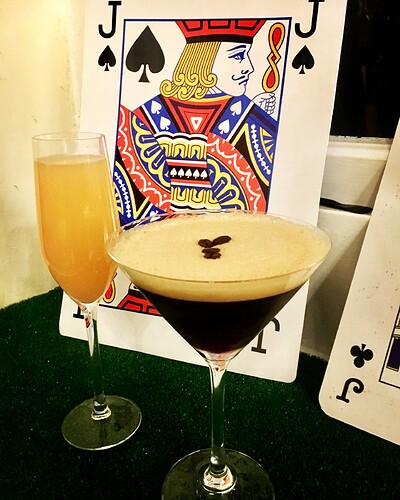 In cocktail terms, the Espresso Martini has a relatively short history with the drink believed to have been first created in the early eighties by London Bartender Richard Bradsel. According to Richard, a famous model entered the Soho Brasserie where he was working, and asked him to create a drink that would “wake me up”. As there was a coffee machine next to where Richard was serving drinks, he decided to combine the coffee with vodka, naming it the Vodka Espresso. The original recipe featured vodka, sugar syrup, two types of coffee liqueur and freshly made espresso.

At the time, any cocktail which was served in a V-shaped glass was known as a Martini, so Richard later renamed his drink the Espresso Martini. In 1998, Richard was working at the Pharmacy Bar in Notting Hill and renamed the drink once more to the Pharmaceutical Stimulant. The drink is now known by these three names around the world, with slight variations on the ingredients.

If you have ever wondered why there are always three coffee beans garnishing your Espresso Martini, it is the cocktail’s trademark and are said to represent health, wealth and happiness and come from the traditional serving of Sambuca in Italy, where the beans are called con la mosca, which means “with the fly”. You can chew and eat the coffee beans in both of these cocktails but this is completely a personal choice!

There are simply way too many cocktails or mocktails, whichever you prefer, to list on here so I will now pass this over to you to add your own personal favourites, or if you find yourself somewhere new with a cocktail that originated from there or just a new cocktail that you happened to find.

Expresso martinis! 3 beans, health, wealth and happiness (I can validate this with my own research findings) and 3 W’s, woohoo, wowza and whee!
This is my signature drink on cruises and schmanzy fanzy festivities.
Well done Sam.
Cheers

How wonderful! I’ll try some of these when I’m back home….whenever that may be….as can’t carry all those bottles around with me! Of course, they might make them for me in bars…When it says ounces of Prosecco, is that fluid ounces do you think? Don’t like to have to measure out drinks in that way……just pour it I say!

Where are you at the moment?

Good luck and happy new year to you both x

@Smiley Happy New Year to you too!

How about this popular American brunch drink? The brown thing you see is BACON. 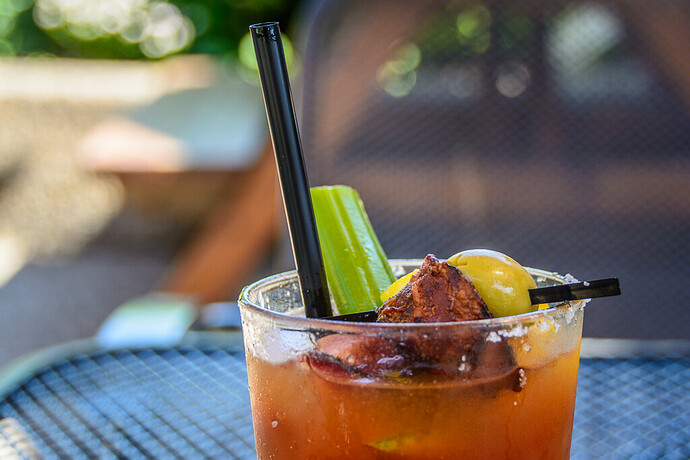 Great article! We are currently in Singapore and a Singapore Sling costs SGD 37!!! (About £23/ US$27!! ) So we compromised by taking pics next to the cardboard cut out & outside Raffles! Been there, done that…saved the dosh!

Reading this post made my mouth water. While in Chicago for work we stopped by the worlds largest Starbucks. They have a full bar inside and offer a variety of mixed drinks. We ordered a flight of espresso based cocktails. We enjoyed them on the rooftop while looking out at the Chicago skyline. They weren’t my favorite drinks, but the experience was fun. Thanks for sharing the background story behind the espresso martini, and other cocktails! 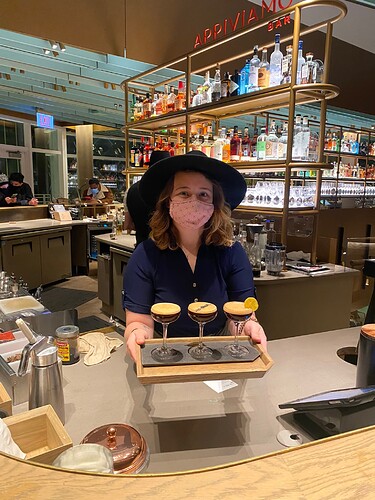 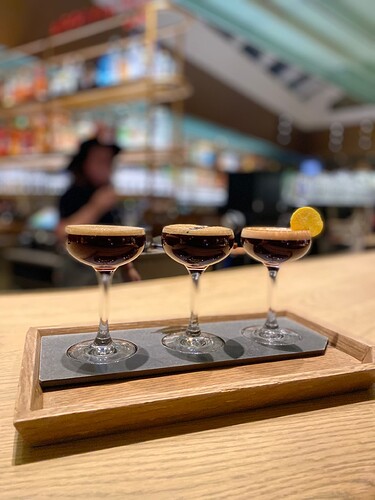 This is mine too @Amparo Happy to see them on the cocktail menus in Turkiye! 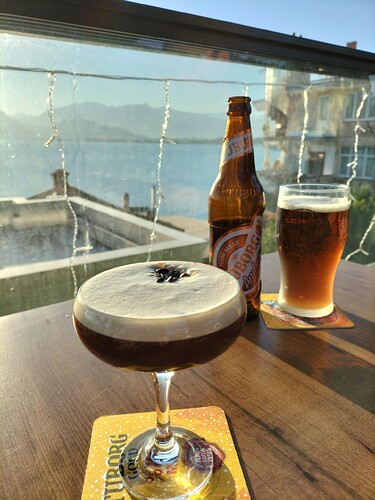 Thank you @Vanessa-PartnershipsMgr & Happy New Year to you too!

My contribution is a truly Canadian invention, the Bloody Caesar a cocktail I was introduced to in Edmonton, Alta. CA when I first visited in the '70 The “secret” ingredient is Clamato Juice … a mix of clam and tomato juice In 1969, the owners of the Calgary Inn in Calgary, Alberta, asked Walter Chell, the Montenegrin who presided over their Owl’s Nest bar, to create a recipe to represent their new Italian restaurant in a contest. So Chell took some vodka, a bit of Worcestershire and a little Tabasco, added a mix of clam and tomato juices and dubbed it the “Bloody Caesar.” It sounds rather odd, but it’s the national drink of Canada and has been so practically since Chell invented—or should I say “invented”—it.

It’s one thing to mix a drink; it’s another to get people to order it. Chell got a whole country to do that. Now, that’s some fancy inventing.

@Angela-HeadOfCommunity that looks absolutely fabulous! …
John said he will be ordering one of these as soon as his feet hit Canadian soil!