Pets In The News & Other Interesting Tails

I loved this cartoon from the Telegraph today.

Be Prepared!!. Puppies and some dogs will just eat anything and lots of the anything!!

I watched my daughter extract glass from the intestines of a Beagle who had “eaten” the contents of a Nutella jar and the jar. 4 and a half hours later he was in recovery, lived to tell the tail & eat many other things no doubt.

Mischievous dog lucky to be alive after eating nine socks

He was most certainly in the dog house.

Here’s a heart warming story for a Saturday morning…

For those unaware, Hexham is in the north of England and Inverness is in the highlands of Scotland. She takes her disabled Jack Russell, Dinky with her for company!

She first completed the seven-week adventure in 1972.

Proving you are never to old to live your dreams …

Thank you for sharing @Vanessa-ForumCMgr

Forbes The Cat reunited with his owners after 10 years …

Pet cat missing for 10 years in Aberdeen reunited with owners

Forbes vanished in Aberdeen in 2011, and Neil and Lucy Henderson say finding him is a "dream come true".

Sharing some book news I came across a book via BBC Radio 2 in the UK yesterday written by Mat Ward, which gets excellent reviews, however the best endorsement for me was that Rupert Fawcett was the illustrator.

TrustedHousesitters collaborated with Rupert this year when we commissioned a series of cartoons describing pet anxiety from the dog’s perspective. We know that Rupert Fawcett is such a huge animal lover that he only works with people who put animals first and rarely does commissions and illustrations.

Mat Ward is a dog behaviourist who champions reward-based training and he has helped thousands of pets and owners improve their wellbeing over the past two decades. His skills were tested to the limit when he took on the challenge of teaching a rescue dog to fly a plane for the TV show Dogs Might Fly . Mat lives in New Zealand with his wife, children, two cats and two dogs.

Rupert Fawcett is a British cartoonist and writer, who is best known for his critically acclaimed comic strips, Fred (produced since 1989), Daddy and Off The Leash . The success of Fred led to the sale of over nine million greetings cards. Rupert has appeared on Good Morning Britain , The Big Breakfast , Midweek and numerous other TV and radio programmes. His current projects include Off The Leash animations and various books. He lives in London.

When Duke the Akita was found scared and abandoned in an empty house, he was underweight, had severe muscle loss, and his legs were covered in sores.

At 17, he became one of the oldest resident at Cotswolds Dogs and Cats Home.

Duke was abandoned in an empty house and left to starve.

When leaving for vacation, only pack the essentials … this little dog took the advice literally.

A kind airline employee stepped in to help

Apparently you cannot hide from your cat …

You can't hide from your cat, so don't even try

I can vouch for that.

Sometimes I think they enjoy the “hunt” of their humans.

An adorable cat born with two sets of ears is taking Instagram by storm and raking thousands of fans at a time.

Kitten who was born with FOUR ears goes viral on Instagram

Midas, a grey kitten from Turkey, was born with two sets of ears, but no health issues. The adorable feline, who is friend with a Labrador named Susie, already has 19.200 followers on Instagram. 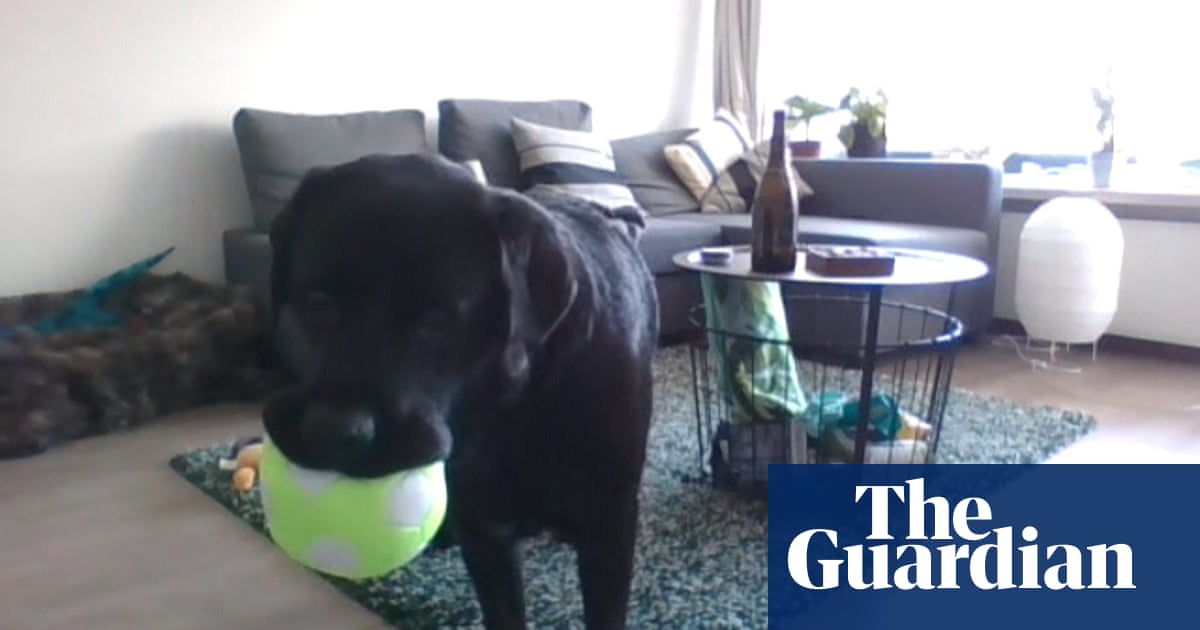 Can I give you a call bark? DogPhone lets pets ring their owners

Happy story but oh so sad as well

He helped a family overcome a tragic loss, but now Rupert the labradoodle is missing, sparking community-wide searches, a billboard and a desperate plea to find him.

As you say, uplifting and sad all at once. Let’s hope they find Rupert soon. Let us know if you see a followup

The pet went missing in 2007 and had been living on factory grounds for more than a decade.

That’s amazing and so wonderful. Not just the reunion but that she was looked after, lovingly, for so long. 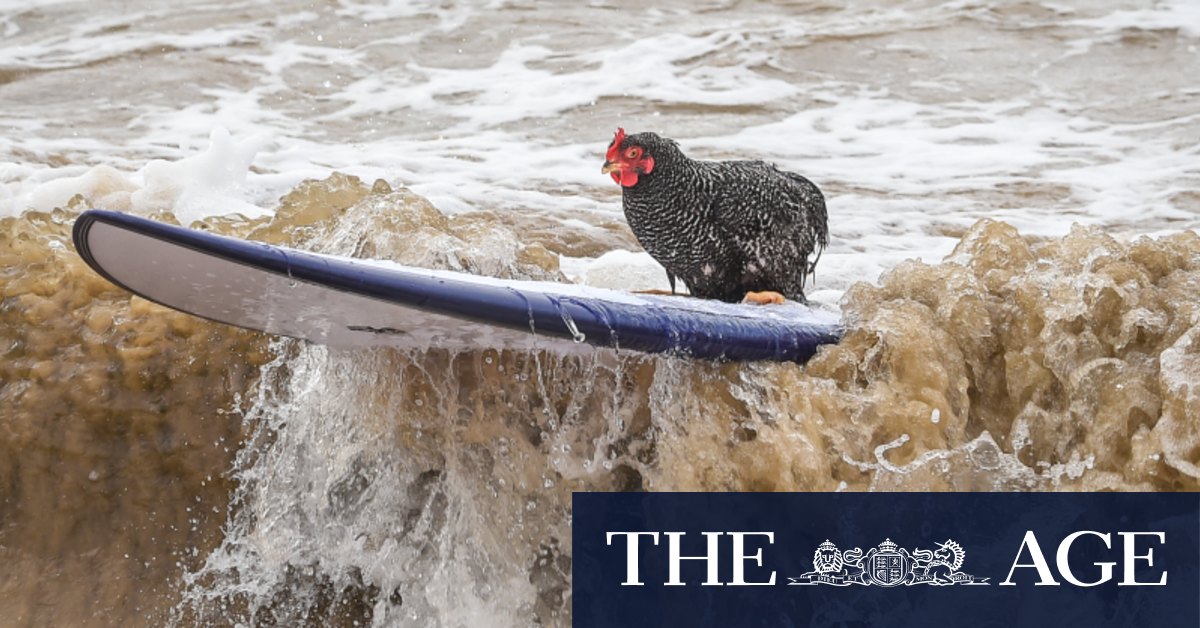 No, honey, you aren’t seeing things, that chicken really IS surfing

Holiday makers at a Victorian beach are doing double-takes, and having a laugh, at the sight of a hen going surfing.

Jack Russell, Millie, saved from a rising tide in the UK … a “tail” in which a sausage and a drone come to the rescue

A case of technology put to good use, but also a reminder of just how treacherous mudflats can be. 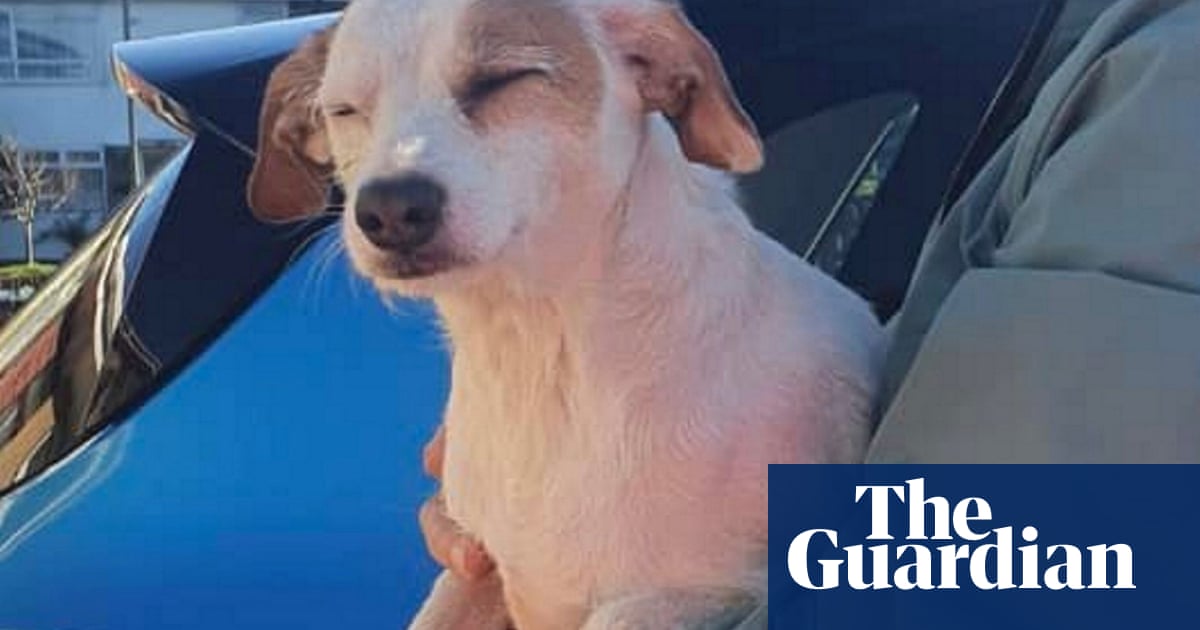 Not sure where this article belongs but it’s def something to read quite a few times! 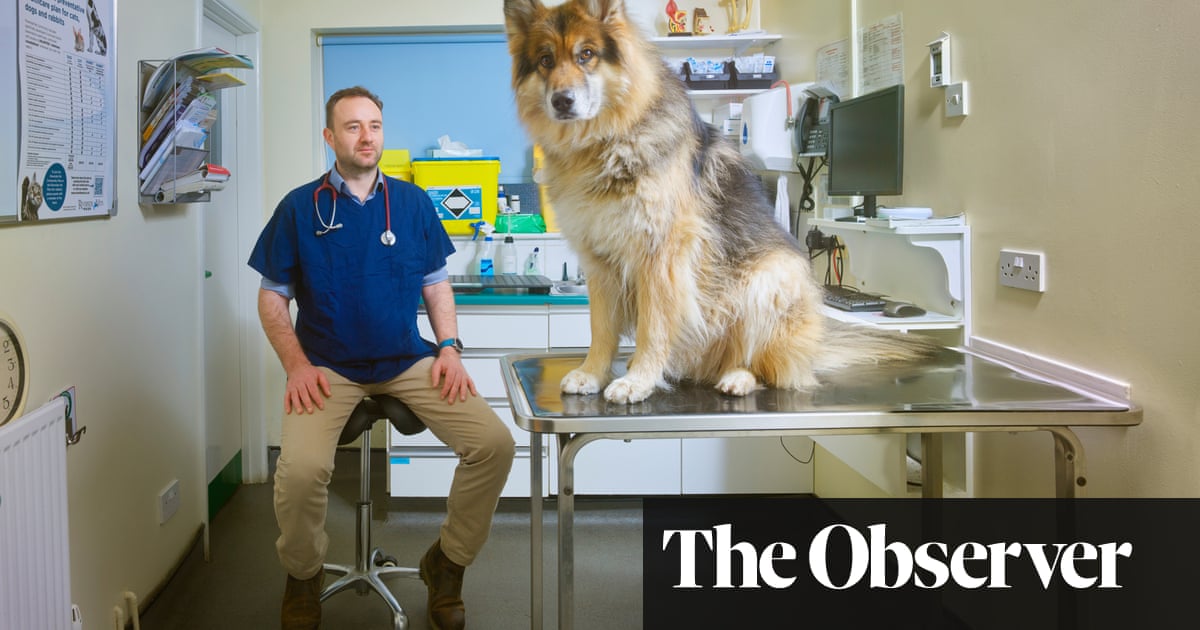 ‘Relentless calls and constant abuse’: why Britain’s vets are in crisis

Vets are no strangers to pressure, but Covid and the huge boom in pets means they have never been busier – or experienced so much stress

Thank you @RunnerC for sharing this with two vets in my direct family, a daughter and daughter-in-law, my daughter is an ER & Critical Vet I’m only too aware of the pressures these professionals suffer, veterinary medicine has the second highest suicide rate of all professions.

As a mother watching these two amazing young women through their training and careers, I could write a book but this article has done a powerful job of presenting the realties, sad and disturbing as they are.